The Census Bureau is Hiring!

The U.S. Census Bureau is hiring field representatives in your area and we're asking you to help us.

The Census Bureau conducts more than 130 surveys every year. Our ability to conduct continuous surveys — other than the once-a-decade population count — depends on survey takers in the field and our Regional Offices are hiring these workers.

Even though we are gearing up to hire workers for the 2020 Census, we still need field representatives for our other ongoing surveys. This is where you can help!

Encourage members of your community to be a part of our team — benefits include flexible hours, meeting people and working outside of the office environment.

Field Representatives perform a variety of vital functions, such as updating address lists and maps; conducting interviews with residents in assigned areas; explaining the purpose of the census interview; and answering residents' questions. Hours of work for field positions will vary - some require employees to work during the day to see addresses on buildings, while others require interviewing the public usually in the evening and on weekends.

For more information, go to: Field Jobs by State 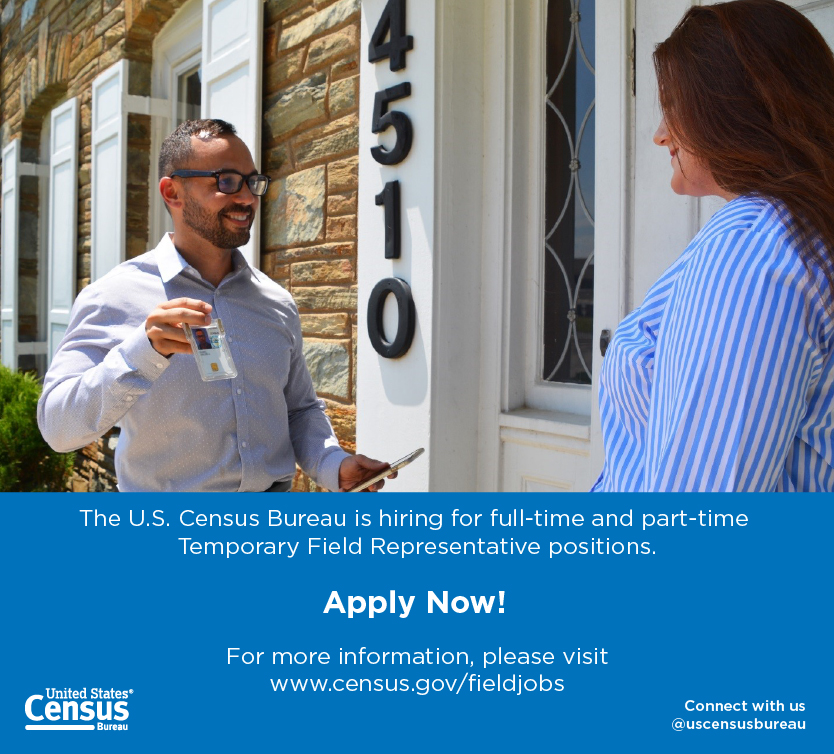 About the Intergovernmental Affairs Office

The Intergovernmental Affairs Office (IAO) works with Tribal, state, county, and local governments both directly and through the national and regional organizations that advocate on their behalf to share information about U.S. Census programs and products. IAO serves as a conduit by which these associations and governments can communicate their concerns to the Census Bureau. For more information, please contact us at (301) 763-6100 or by email at  ocia.iao@census.gov.